In its earliest days, Bahá’í life of Québec was centered around the home of a Montreal couple, May and William Sutherland Maxwell. A successful architect who designed well-known buildings around the country and the world, Mr. Maxwell supported Ms. Maxwell’s many social and humanitarian endeavours. The couple hosted, in 1912, the visit of the Head of the Bahá’ís at the time, ‘Abdu’l-Bahá. His visit remains preserved in the form of the Maxwell home, which, is today regarded as Bahá’í Shrine of sacred importance. Since then, many devoted souls have contributed to the creation of a vibrant community in Québec.

In the 1970s, Québec youth were attracted in large numbers to the Bahá’í Faith’s message of unity and the Bahá’ís saw a significant expansion of adherents. Montreal is home to the oldest community in Canada; its elected administrative body was established in 1922. Bahá’í communities were later established in other cities in the four corners of the province, including Québec, Longueuil, Saguenay, and Gatineau.

Bahá’ís in Québec contribute to continuous learning about the spiritual and material development of the individual and the community through small, daily acts and/or more regular and systematic action. In their daily lives, Bahá’ís constantly search for the opportunity to serve.

Some long-standing service projects have emerged from this active search to contribute to bettering their communities, such as Language Corners in Montreal and a monthly meditation and prayer gathering in Victoriaville. Bahá’ís have also been involved in important conversations with other organizations in the province, participating in various round tables, think tanks, and public presentations in Gatineau, Montreal, Québec, Bromont, and Rimouski on such occasions as the International Day for the Elimination of Racial Discrimination and the International Day of Peace, amongst others.

Bahá’ís meet regularly, at the local and provincial levels, to share what insights they have gleaned from their experiences and make plans on how to better serve humanity, each in their own way, in their own neighborhood. Many families meet annually at a francophone summer school. By involving their families, neighbors, friends, colleagues, and all those interested by the betterment of not only Québec, but the world, Bahá’ís are helping build vibrant communities empowered and dedicated to improving their spiritual and material development. They are doing so by revitalising certain elements of their province’s culture, such as inter-generational relationships, the centrality of family, mutual assistance, the well-being of others, and trust in God. Bahá’ís are also exploring new elements of a culture meant to recreate our world into a better one: the elimination of all prejudices, decision-making through an inclusive consultative process, and the empowerment of the individual.

Bahá’ís have received great support from their fellow Quebecers who, believing just as strongly in equality and imbued with a strong desire to contribute to social justice, participate with enthusiasm alongside their Bahá’í friends in building unity in their communities. 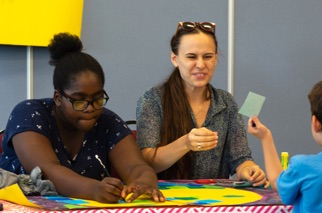 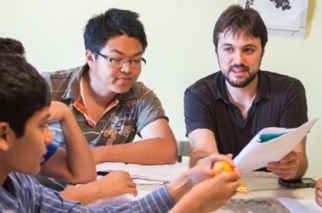 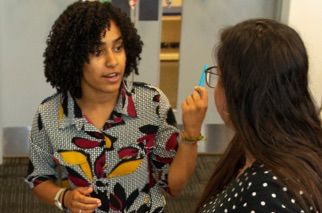