Saskatchewan and Manitoba extend across diverse landscapes and populations. Likewise, the patterns of Bahá’i community life throughout the region, both historically and in recent times, are naturally unfolding along a rich and dynamic continuum. At one end of this spectrum are the large urban centers of Winnipeg and Saskatoon, which have several hundreds of Bahá’is, maturing institutional arrangements, strong networks of youth, a growing junior youth spiritual empowerment program engaging many diverse 11-14 year olds, and hundreds of families, both Bahá’i’s and their friends, learning about and supporting other community building activities.

Further along the dynamic continuum in the region are the urban centers of Regina, North Battleford, Prince Albert, and Brandon each of which includes a similar pattern of activity on a smaller scale. At another distinct point along this continuum are the primarily rural or smaller urban centers of The Pas area, Southeast Manitoba, Interlake area, Yorkton area, Palliser area, Cut Knife area, and Indigenous First Nation reserve communities of Mosquito, Kawacatoose, Muscowpetung, all of which have or have had established institutional arrangements and a small contingent of friends eager to learn about the processes of growth and Bahá’i community life occurring throughout the region.

Next to the Northern Canadian communities, Saskatchewan and Manitoba has the highest percentage of Indigenous populations in Canada, with approximately 15-17% of the total population in the region. As such, there is a strong history of First Nations involvement in the Bahá’i community. Some of the early relationships and contact with the Bahá’i Faith among Indigenous communities came through the work of Angus Cowan and others in the early 1960s. Angus was a really sweet, pure-hearted person from European decent, who loved the First Nations people of Canada dearly. During these years, thousands of First Nations friends embraced the Faith and dedicated their lives to the promotion of wellness among their friends and communities by applying the Bahá’i teachings to their local realities. Some Indigenous friends from the prairies in this time, such as Tommy Anaquod, were elected to the National Spiritual Assembly of the Bahá’i’s of Canada and served many dedicated years in this leadership capacity.

More recently, and at various times over the years, junior youth involved in the spiritual empowerment programme throughout the region have been from First Nations and Métis communities and cultural backgrounds. Several youth who have helped with the junior youth program have also been older siblings of junior youth and also from First Nations backgrounds. Powerful bonds of friendship have been built, not only with the junior youth, but also with their families, their parents and siblings, both old and young. These relationships and developments impact the culture of the greater Bahá’i community, especially as junior youth from the programme and their siblings and families are welcomed to integrate cultural powwow dances and other cultural ceremonies and First Nations prayers within the community building framework of the Bahá’i community. This blending and dance of cultures is an enthusiastically welcomed sign of unity in diversity, joyously participating together in the advancement of the spiritual and materials progress of these Saskatchewan and Manitoba communities. 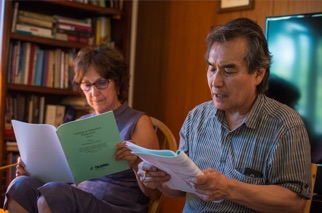 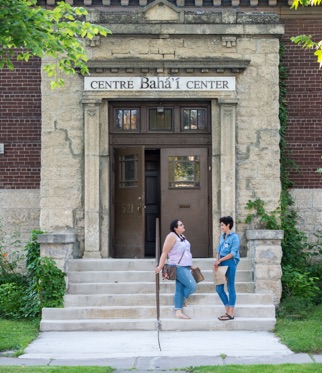 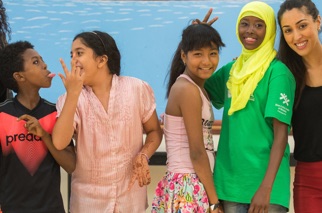