The earliest stirrings of the Bahá’í Faith in Ontario date back to the end of the nineteenth century when Edith Magee, a youth from London, learned about the Faith in Chicago. On returning home, she shared the teachings with her family and by the end of the century a group of 9 Bahá’ís resided in the southwestern city. While this small group was present for only a short time – as the Magee family eventually moved to New York – over the coming years a number of other individuals in the province embraced the teachings of Bahá’u’lláh independently of each other.

The visit of `Abdu’l-Bahá to Canada in 1912 drew unprecedented attention to the teachings of the Faith and encouraged the spread of the message of Bahá’u’lláh. The visit of Queen Marie of Romania in 1926 is of special note, as her public declaration in the Toronto Star of allegiance to Bahá’í ideas drew further attention to the young religion. Many were attracted to the compelling vision of a global, unified and inclusive world, in which men and women were recognized as equal and prejudice and poverty were abolished. Over the next several decades, the number of individuals who discovered the teachings of Bahá’u’lláh slowly rose and with support from visiting Bahá’ís from Montreal and the United States, small, fledgling Bahá’í communities were established in the larger cities of the province.

Bahá’ís, inspired by the vision to draw those who are excluded into the intimate circle of friends, worked to overcome barriers of prejudice and exclusiveness. The principles and teachings of the faith were most commonly shared in small gatherings to which family, friends, co-workers, neighbors and acquaintances were invited to engage in meaningful conversation about profound spiritual themes. These gatherings were often in homes of Bahá’ís in a friendly, neighborly environment where hospitality could be extended. They were augmented by presentations on the teachings of the Faith to a wide array of like-minded groups and organizations, including churches, literary societies, university and colleges, union groups, and agricultural fairs. The first Bahá’í booth at the Canadian National Exhibition was set up in 1939.

As numbers slowly rose, a nascent, yet distinctive pattern of community life began to emerge in cities across the province. During these decades leading up to the mid-point of the century, the Bahá’í community evolved from a handful of scattered individuals at a coherent, welcoming community that was becoming increasingly interconnected. Bahá’ís and their friends from across the province began gathering together for summer and winter schools, the first one being held in 1941 at rice lake. It was also during these years that Bahá’ís established locally elected governing bodies to provide basic administration and to help further promote the message of Bahá’u’lláh. The first local assembly was established in Toronto in 1938 followed by Hamilton in 1940, Scarborough in 1947 and Ottawa in 1948. Smaller groups were present in St. Catherines, Burlington, and Belleville and Morrisburg.

During the late 1960s and 1970s a significant number of young people responded to the message of Bahá’u’lláh, particularly those attending universities and colleges who found in the teachings a compelling vision of a better world. Bahá’ís at many universities established clubs or societies and organized presentations and conferences to explore the teachings of Bahá’u’lláh and their application to advance civilization. The involvement of so many young people strengthening the vitality and resources, human and material, of the faith in society. After completing their education, many of these young people settled in towns and villages across the province and formed families, widening the geographic distribution and deepening the roots of the Bahá’í faith in society. Communities such as those of Aurora, Richmond Hill, and Stirling, trace back to this time. During these years a significant number of local assemblies were legally incorporated and obtained official recognition of Bahá’í holy days.

During the 1980s Canada welcomed over 2,000 Bahá’í refugees fleeing waves of persecution in Iran following the 1979 revolution. Many settled in cities and towns across Ontario. These newcomers saw themselves as contributors to their new communities and were received with sensitivity and eagerness to learn. Beyond increasing the numerical size of these communities, those from Iran endowed their new homes with a wealth of insight, enhanced their devotional character, strengthened their appreciation of the history of the religion, and raised awareness of its global scope. The persecution, and the Canadian response, drew considerable attention to the Bahá’í Faith, particularly in the media, and generated further interest in its teachings. It strengthened the capacity of the faith’s emerging institutions. In its many dimensions, the crisis generated by the persecution in Iran accelerated the emergence of the religion from relative obscurity.

During the past twenty-five years, the Bahá’í community in Ontario has worked to continually widen its embrace, to share the teachings of Bahá’u’lláh as broadly as possible and welcome all to join them in a mighty spiritual enterprise. In their efforts to promote unity and contribute to the betterment of humankind, Bahá’ís in neighborhoods and villages across the province work alongside fellow residents to promote community wellbeing. 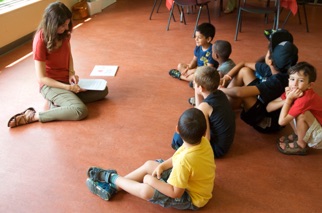 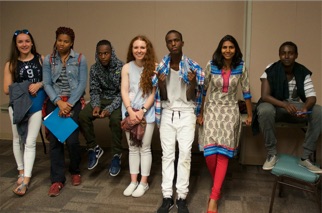 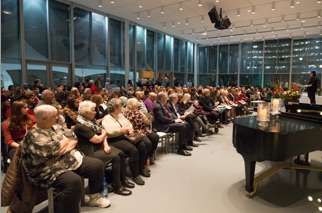