The geography of the Atlantic region is challenging, with its rugged landscape, large bodies of water, far-flung islands, jagged coastlines, large rural expanses dotted with small towns and villages, and only a few urban centres of modest size. Throughout the four provinces of Atlantic Canada—Newfoundland and Labrador, Nova Scotia, Prince Edward Island, and New Brunswick—some thousand registered members of the Bahá’í Faith are vigorously engaged in establishing community-building activities open to all. The Bahá’ís in the region include First Nations peoples, Acadians (descendants of the early French settlers), descendants from various European countries, and newcomers from Asia, Africa, and the Middle East. The Bahá’í community is engaged with all of these peoples to translate the vision of Bahá’u’lláh into reality in Atlantic Canada.

The Atlantic region has one of the longest associations with the Bahá’í Faith of any in Canada. Kate Ives, whose parents were from Newfoundland, became a Bahá’í in Chicago in 1894; `Abdu'l-Bahá Himself addressed a "prayer to a Mr. Crowe" of Newfoundland, whom He had met in Paris in 1913. The first New Brunswicker to become a member of the Bahá’í Faith was Paul K. Dealy, a railroad engineer and inventor, who left Saint John in 1865 and joined the new Faith in 1897. The most prominent Bahá’í to have come from New Brunswick was Marion Jack (1866-1954), an artist, who became a Bahá’í in Paris around 1900 and later distinguished herself by bringing the Bahá'í teachings to Bulgaria. Nova Scotia’s first resident Bahá'í was John Redden, who found the Bahá'í Faith in the United States sometime between 1917 and 1922, when he returned to Windsor. The earliest organized Bahá'í community in Atlantic Canada was in Saint John, established in 1910 by the American Consul Henry S. Culver and his family. By 1921, there were 17 adherents, making it the second-largest organized group in Canada, after Montréal.

The 1970s saw a surge of youth arise to energetically serve the Bahá’í Faith, teaching their peers about the vision of Bahá’u’lláh, establishing and sustaining Local Spiritual Assemblies in the region. Another significant milestone was the arrival of Iranian Bahá’í refugees in different towns and cities throughout the region in the early 1980s, which saw small communities grow through striving to nurture and integrate individuals and families who had often endured great hardship. While many of the refugees eventually moved to other regions where there were greater economic opportunities, those who have remained have become cherished stalwarts of our Atlantic community.

Today, although the general population of the region is aging and shrinking as youth move out of the region for education and employment, the Bahá’í community is buoyant and energetic in its efforts to partner with others to develop healthy communities, particularly through expansion of the Junior Youth Spiritual Empowerment Program. Youth visitors from other regions of Canada have come to this region to work shoulder to shoulder with local youth, who have been in the vanguard of this latest surge of activity. 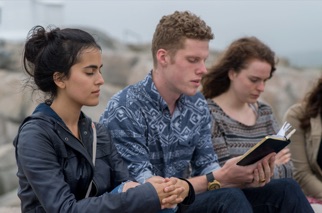 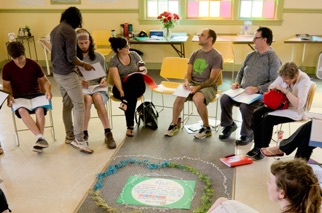 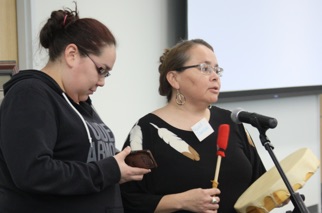