From its modest beginnings, the Baha’i community in Alberta has transformed from a small nucleus of dedicated individuals to a diverse community of learners who collaborate locally and regionally to share the vision of Baha’u’llah within neighborhoods and communities across the province.

The first known presence of a Baha’i in Alberta was Esther Rennels, who lived in Edmonton from 1911-1917 after learning about the Baha’i Faith in Chicago. Years later, two small groups of Baha’is were established in Calgary and Edmonton. Doris Skinner moved to Calgary in 1939 followed by three others. Dorothy Sheets became the first resident to enroll as a Baha’i in 1941 after meeting Doris in their boarding house and attending informal discussion groups. She later introduced the teachings to her sisters, Lillian and May. In the decades that followed, May’s children and grandchildren would be among those who contributed to the community building process in several communities. Mabel Pine, who learned of the Baha’i Faith in Armstrong BC, moved to Edmonton in 1941. Ina Trimble was the first Edmonton resident to become a Baha’i and four others joined the Baha’i Faith in 1942. In 1943, the first Local Spiritual Assembly in Alberta comprised of nine women was established in Edmonton.

At this time, beyond Edmonton and Calgary there were only a few isolated Baha’is living in various localities. They felt a strong sense of connection to each other through letters, reports, and visits – as part of a global family engaged in a great venture. Their focus was on dispersing geographically to open new localities or to help form a Local Spiritual Assembly. Many followed in their footsteps moving overseas or within the region. As early as 1942 Baha’is across the prairies gathered for summer schools. These were important occasions for visiting as well as studying with guest teachers. From 1951 summer schools were held at The Banff School of Fine Arts until 1967 when they moved to a new property in central Alberta, eventually named the Sylvan Lake Baha’i Centre, which served for many decades as a gathering place for conferences, schools and training activities for children, youth and adults.

The Alberta Baha’i community developed significantly through the entry of three distinct populations. In 1947, Noel Wuttunee was the first Indigenous Canadian to join the community, followed by an emphasis on reaching out to First Nation communities. Through the dedicated efforts of visiting teachers and early Indigenous Baha’is who opened their homes to introduce these teachings to others in the 1950s and 60s, this population soon comprised half the membership of the Alberta community. The first of several Local Spiritual Assemblies in First Nation communities was formed on the Piikani First Nation in 1961.

In the late 1960s and 70s, large numbers of youth who were attracted to the principles of unity and equality entered the community. They effected a change in the culture of the community through their very numbers, their enthusiastic involvement in all Baha’i activities, and their belief that youth could change the world. Eager to contribute to the growth of the community, they introduced a direct approach by using music and the arts in sharing the Baha’i teachings in public meetings, teaching projects, and community gatherings. As they became young adults many moved to smaller communities to help form new Local Spiritual Assemblies.

The third distinct population growth occurred following the Iranian Revolution in 1979 when several Iranian Baha’i refugees settled in various communities across Alberta through a coordinated initiative with the Canadian immigration department. These families added significantly to the size of the Alberta community and through their experience with Baha’i teaching and administration, or living in different parts of the world, helped strengthen these communities. They were an example of commitment and devotion, a living reminder of sacrifice and effort that was taking place in the world.

Both advances and setbacks over this period contributed to a more systematic approach to the growth and development of the community through the introduction of training institutes in 1996. Today, through study and application of the concepts of a series of institute courses, based on the Word of God, Baha’is across Alberta are accompanying a growing diversity of youth and adults from all walks of life in Alberta to gain knowledge and skills which assist them to become of service to their communities. Initiating devotional gatherings and training activities for all ages open to all, participants are contributing to a change in culture through a process of action, reflection and learning which ensures that the quality of these service continues to advance, along with their ability to engage others. They see the potential the community building process has for transforming their neighborhoods, especially with the engagement of local youth. They seek to share this collective vision and work closely with new friends, neighbours, co-workers and anyone who sees in these processes a framework for building a better world. 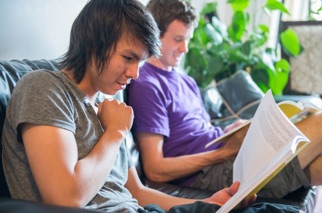 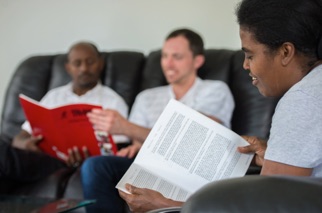 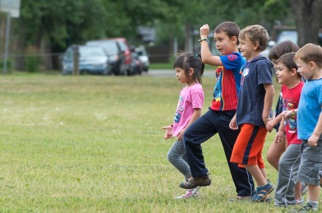