On November 28, 1921, ‘Abdu’l-Bahá passed away in the Holy Land. His life and legacy are commemorated throughout the world during this centenary year.

The person of ‘Abdu’l-Bahá

‘Abdu’l-Bahá was the eldest Son of Bahá’u’lláh, known to Bahá’ís as the Perfect Exemplar and the Mystery of God, a living embodiment of Bahá’u’lláh’s teachings.

In 1908, ‘Abdu’l-Bahá’s period of imprisonment and exile was ended by events associated with the Young Turk Revolution. He undertook an historic journey to Egypt, Europe, and North America. His public talks conveyed the essential message of the Bahá’í Faith and related it to pressing needs of humanity, emphasizing the cause of peace, the equality of women and men, racial justice, social reform, and the role of religion in society.

“One more eloquent of speech, more ready of argument, more apt of illustration, more intimately acquainted with the sacred books of the Jews, the Christians, the Muhammadans, could, I should think, scarcely be found ….”

Reflections on the Centenary of ‘Abdu’l-Bahá’s Passing ›

This centenary year is an opportunity to reflect on ‘Abdu’l-Bahá’s life and His contributions to the Bahá’í Faith and the cause of world peace.

‘Abdu’l-Bahá visited Montréal between August 30 and September 9, 1912. He was invited and hosted by May and William Sutherland Maxwell, whose home is now regarded as a Bahá’í Shrine. ‘Abdu’l-Bahá spoke to thousands of people, and His visit to Montréal was covered by dozens of articles in English and French daily newspapers.

He spoke to a range of audiences about the oneness of religion, the eradication of prejudice, the equality of women and men, science and religion, the investigation of truth, and economic justice. He warned, prophetically, of an impending war in Europe.

‘Abdu’l-Bahá challenged his audiences to accept the ideal of oneness of humanity and work to make it a reality: “Let us bring the kingdom, the earthly paradise, out of the potential and into the real.”

Later, ‘Abdu’l-Bahá wrote a series of letters to Canada, referring to the country as a “happy land” and recalling the “utmost joy” associated with His time in Montréal.

Visit of ‘Abdu’l-Bahá to Canada

‘Abdu’l-Bahá visited Montréal between August 30 and September 9, 1912. Read more about His visit.

The Bahá’í Shrine in Montréal was the home of the Maxwell family, where ‘Abdu’l-Bahá stayed during His visit to Canada in 1912.

Read prayers and stories about the example of ‘Abdu’l-Bahá

The passing of ‘Abdu’l-Bahá

‘Abdu’l-Bahá passed away in Haifa at about 1:00 am on November 28, 1921. The anniversary of His passing is commemorated as a Bahá’í Holy Day.

The significance of His passing was noted in media accounts around the world. His funeral in Haifa was attended by about ten thousand people, including Jews, Christians, Muslims, Druze, Egyptians, Greeks, Turks, Kurds, and a host of His American, European and other friends.

‘Abdu’l-Bahá’s Writings have continued to be a source of guidance to the Bahá’í community since His passing. He wrote volumes of correspondence to Bahá’ís around the world, clarifying aspects of the Bahá’í teachings, promoting the expansion of the Bahá’í community, encouraging the establishment of local Bahá’í institutions, and guiding early educational, social, and economic initiatives.

The Will and Testament of ‘Abdu’l-Bahá has also become foundational to the administrative order of the Bahá’í community. In it, ‘Abdu’l-Bahá appointed His grandson, Shoghi Effendi, as the Guardian and head of the Bahá’í Faith. He elaborated on Bahá’u’lláh’s writings about the establishment of the Universal House of Justice, setting out the conditions of its election and the nature of its authority. The Will and Testament also envisions the establishment of National Spiritual Assemblies in every country. Since the passing of ‘Abdu’l-Bahá, the Bahá’í Faith has become established and institutionally organized in virtually every country. Every year, hundreds of thousands of local Bahá’í elections take place, and national Bahá’í councils are elected in more than 180 countries.

Films commissioned by the Universal House of Justice to mark the centenary commemoration of the passing of ‘Abdu’l-Bahá. 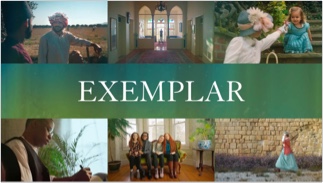 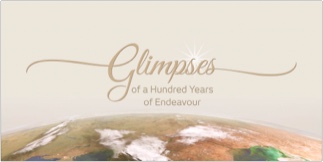 The Shrine of ‘Abdu’l-Bahá in the Holy Land

The Shrine of ‘Abdu’l-Bahá is under construction in the vicinity of the Ridvan Garden in Akka.